Background
Humic and Fulvic acids - molecules naturally occurring in the soil (a decomposition product of peat and white charcoal) make a useful contribution by making minerals accessible to plant roots, bacteria, fungi and more.
Humic acid contributes to the availability of minerals to a plant through two pathways:
1. The direct pathway - humic acid serves as an organic "chelate” (binder), which binds nutrients in the soil and prevents their adsorption into clay. This is owing to the molecule´s surface being covered by a negative charge that "attracts” minerals in the root vicinity (with a positive charge), neutralizing their charge. When the humic acid complex bound to a nutrient reaches a root, the root reduces (breaks down) the humic acid and releases the nutrient from it. The humic acid is now free to be reused, as long as it remains deep in the rooting space.
2. The indirect pathway - enrichment of the root environment and microorganisms living in it. Studies conducted around the world have proved that adding humus (organic matter that has a high concentration of humic and fulvic acids) to soil helps enhance the soil and form a microorganism rich root environment.

The Purpose of the Observations
Examining the contribution of adding HomiGreen Barak (15% humic and fulvic acids and 3% potassium) to the fertilization interface, increasing the availability level and uptake of nutrients in the soil and its effect on parameters such as: perennial yield, fruit size, leaf chlorophyll concentration.

Method
During 2018, treatment and control observations were conducted on various crops (avocados, citrus fruit, almonds and mangoes). In the observations, the number of treatments using Homigreen Barak were examined against control plots that did not have this treatment.
The rest of the treatment of the various plots was identical.
In October - November, leaf specimens were taken (30 leaves from each treatment / control plot, a mature leaf from last growth) and the chlorophyll levels were measured in the leaf using an Apogee Instruments Inc. MC-100 Chlorophyll Meter.
Chlorophyll– A key player in the photosynthesis process, as it absorbs solar energy, which is used by the plant to transform carbon dioxide and water into sugar, and oxygen molecules.
The minerals that are directly or indirectly responsible for the production and functioning of chlorophyll are: nitrogen, iron, magnesium, zinc, manganese and others, so chlorophyll concentration in a leaf serves as an important parameter for the plant´s health and vitality.
The chlorophyll molecule is what gives a plant its green color, meaning that when there is a deficiency in one of the minerals, yellow spots and discoloration appear on leaves.

1. In all observation plots that received a supplement of HomiGreen Barak, an increase in chlorophyll concentration relative to the control plots was measured.

2. In young avocado plots, better results were received by irrigating with 1 liter/ dunam of Homigreen Barak compared to 2 liters / dunam (most probably owing to the relatively small root volume).

3. In mature (yielding) plots, better results were received by irrigating with 2 liter/ dunam of Homigreen Barak compared to 1 liter / dunam.

4. The recommended application quantity will vary with the plot´s age.

5. These results show an improvement in tree vitality and ability to photosynthesize by adding humic and fulvic acids - HomiGreen Barak. 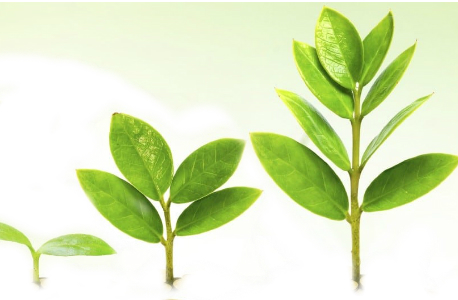